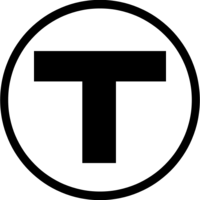 All MBTA services accept at least two forms of payment: CharlieCard and CharlieTicket.

If you are travelling from out of town, the CharlieTicket $15 pass is good value, and lasts for seven days.

Both CharlieCards and CharlieTickets can hold funds which can be used on any bus or subway line. You can use cash, credit or debit cards to add funds to your CharlieCard or to purchase a new CharlieTicket.

A single journey on the MBTA subway costs $1.70 on a CharlieCard or $2.00 for CharlieTicket. Many of the buses also accept cash.

The peculiarities of JFK/U Mass station

There are two options to get from the airport to the JFK/Umass stop: